I think I have went in too far into Bitcoin but my focus today is about Blockchain. Perhaps, you would ask, isn’t that Blockchain and Bitcoin are the same? No, they are not the same. Don’t worry, I made that mistake myself too.

I did some research online and I got the following definition from Wikipedia:

“A blockchain is a decentralized, distributed and public digital ledger that is used to record transactions across many computers so that the record cannot be altered retroactively without the alteration of all subsequent blocks and the consensus of the network.”

Honestly, I don’t really understand what it means. But never mind, I continue to do my research online so that I can get a clearer picture of what is Blockchain.

After a few rounds of exploring and research online, I finally have a better understanding of Blockchain. Below statement can better summarize the Blockchain.

“We can define the Blockchain as a system that allows a group of connected computers to maintain a single updated and secure ledger.”

Google Docs is a very good analogy for you to understand about Blockchain.

Do you still remember the conventional way of sharing Word documents with your colleagues? You have to wait for each other to finish the editing of the documents. Sending the document forth and back until you lost track of it.

The problems with that scenario is that the document is locked when someone is editing. You must wait until that person is done with it before you can do your edit.

The introducing of Google Docs solved those problems. With Google Docs, you and your colleagues have access to the same document at the same time and updates itself without hitting the ‘Save’ button. A single version of that document is always visible to all.

You can relate this concept with Blockchain by imaging that a document that is distributed multiple of times across a network of computers. Then the design of this network is that it will regularly update the document. With this you will have a basic understanding of Blockchain.

Basically, this is how Blockchain works.

For now, just keep in mind that in Blockchain, all data is accessible to anyone on Internet and is hosted by millions of computers.

Next, I will go more in dept to explain how does a Blockchain works.

The 3 Principal Technologies of Blockchain

In general, there are three principal technologies that build the Blockchain technology:

Later, I will explain each one of these technologies so that you understand how each one of them works. This will help you to have a good perception of Blockchain technology. 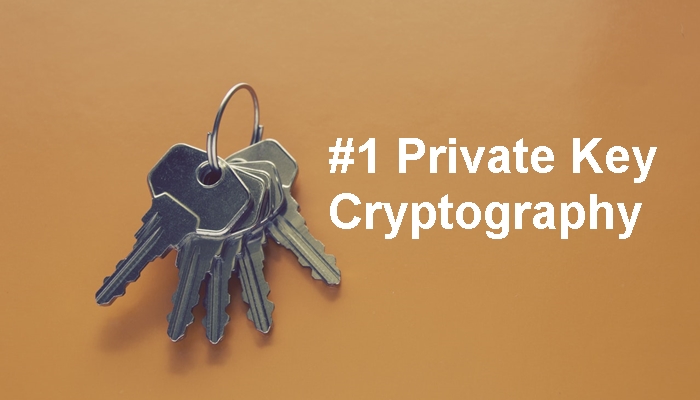 In Blockchain, the process always starts with a transaction between two parties. First, Blockchain will identify the ownership of the transaction to make sure that it is a trusted transaction.

In this case, Blockchain uses cryptography technology where both parties need private key and public key. These keys will create a digital signature that provide an ownership of the transaction. The signature works as a stamp of the message and shows that the transaction comes from a legitimate source.

As of now the authentication is done but it is not enough. It must combine with authorization to provide a full security. In this case, we need a distributed peer-to-peer network. A distributed network reduces the risk of centralized corruption or failure.

In IT terms, a peer-to-peer (P2P) network is created when two or more PCs are connected and share resources without going through a separate server computer.

In short, the size of the network is important to secure the network. The larger the network, the more secure are the transactions. Combination of cryptographic keys and verification from distributed network allows a secure and quick flow of transactions.

The Blockchain protocol is a set of rules that determine the validity of the new block.

By now, we should have created a block. In Blockchain, block is a virtual element that containing the digital signature, stamp and relevant information. The next step is to spread the block to all the nodes within the Blockchain network for validation.

With Blockchain, each computer that join voluntarily will get an incentive by offering their computer processing power to service the network. A person’s self-interest is being used to help service the public need.

Let’s take Bitcoin as example, the goal of the protocol is to eliminate the possibility of same bitcoin being used twice in two separate transactions at the same time. For that reason, the nodes service the network also creates and maintain the history of transaction of each coin by solving proof-of-work mathematical problems.

What it means is that all nodes in the network will work on the same formula to validate the new block. Once all nodes come to an agreement, they add a new block to the chain. This block is now with a timestamp.

Where Blockchain Can Be Useful?

Now you know what is Blockchain and how it works. You also know that Blockchain is the technology that support cryptocurrency like Bitcoin. But is there any other use of Blockchain technology? Below are some main areas that are applicable to Blockchain:

Most of us confuse about Blockchain and Bitcoin and misconception Blockchain as Bitcoin. This is largely due to incorrect and often interchange of the terminologies. For example, we always refer internet search as ‘Googling’ or instant noodle as Maggi.

Blockchain technology is more than just for cryptocurrencies. It can go well beyond cryptocurrency and reaching global finance, healthcare, and more.

I hope my article is easy enough for you to have the basic understanding of Blockchain. In fact, I am still exploring and learning. If you have any comment or better way to explain the Blockchain, you are most welcome to leave your comments below here. 🙂

Lastly, thanks for stopping by to read my article.

This site uses Akismet to reduce spam. Learn how your comment data is processed.